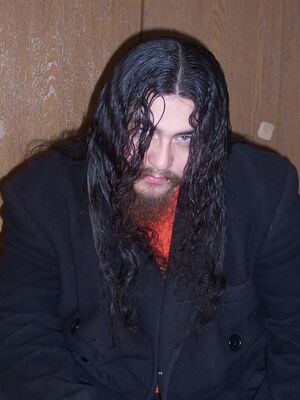 Greetings and salutations. My true name is Thor, and I was formerly well known as the creator and writer for the Aurix on GameFaqs. I am going to be 29 years old this year (2012) and am Alaskan born and raised. I originally was born in Soldotna due to my hometown of Ninilchik not having its own hospital but I have resided in Alaska's biggest city, Anchorage, for most of my life. Outside of my Internet work on the wikias, I work as a member of the Alaska Paranormal Research & Investigations as an Intuitive and in Energy Transferences, and also work as data entry at a local company called Hope Community Resources, Inc. I am also the first Grammar Nazi Moderator on the Sagan IV forums.

I joined Sagan IV through HydromancerX himself, and have been a member since its first year, though work scheduling conflicts cause me to be far more inactive than I would like.

I consider myself an amateur scientist, through which I mainly follow biology, astronomy, and paleontology; I am dabble slightly in cryptozoology. I was formerly notorious for my excessive amount of pets, although this is no longer true. Currently I own no animals of my own, although there are plenty of pets living in my household:

My interests include movie making, my wide humor range (from quite light to sufficiently dark humor), making video games and/or playing video & computer games, ghost-hunting, UFO-hunting, and my writings and drawings. It also formerly consisted of collecting pets as well as dressing up (currently as Black Mage, Snifit, Clyde the Ghost, Pyramid Head, or Jawa) while acting like a fool throughout town.

The Vuunega Chronicles: The Story of the Aurix

Some of you may wish to check out my old interactive Spore fanfic, the Aurix. It reached to Chapter 7 before Spore was released and the readers stopped returning, thereby prematurely killing the game. Even so, it was often considered well-written, and formerly was what I was best known for on the Internet. If you would like to check this out at anytime, you can feel free by clicking the link below.

Very few of my species still survive, with all survivors sans 1 having come about between generations 138 and 142. Below is a list of all of my species who continue to survive in this, the current Week.

Terrain Named After Me

Below is a gallery of all the species I've added thus far in order of creation. Note that a "†" denotes an extinct species; a "‡" denotes a species that is technically extinct but is actually still extant - this goes for microbes who have since been clustered into a genus instead.

Below is a gallery of all the submissions I made that did not get accepted into Sagan IV. I have never had a submission rejected but I have more often now than not failed to finish a submission before someone else causes its ancestor to go extinct. None of these species can be considered canon in any fashion.

Retrieved from "https://sagan4alpha.miraheze.org/w/index.php?title=User:Somarinoa&oldid=868"
Cookies help us deliver our services. By using our services, you agree to our use of cookies.