Crystal flora are a type of flora that closely resemble a crystal. Their cell structure consist of two nuclei. 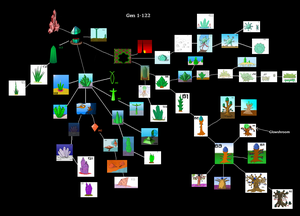 The anatomy consists of an external photosynthesizing "cuticle" made of chitin, while the inside consist of red fungus-like tissue.

The term "crystal" in "crystal flora" refers only to their shape. Crystal flora do not refract light like real crystals, and their interior is usually opaque.

Crystal flora adapt to heat and light. Some species have been known to change color to absorb, reflect or conserver energy better like the massive Crystal Solar Tower. 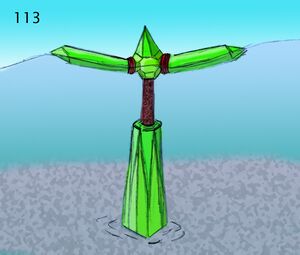 The Wave Crystal collects kinetic energy from the waves.

Crystal flora are mixotrophs just like plents. They get their energy from external resources using mycelium-like roots, as well as photosynthesis. There was one oddity, the wave crystal, which used kinetic energy collected from the waves. However, calling it an "oddity" is not quite accurate. A singularly unique organism is a better descriptor, as the wave crystal was one of only two "kinetivores" in Sagan 4 history. 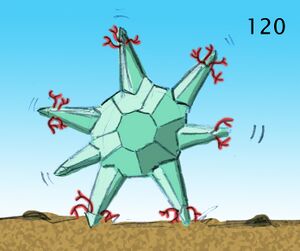 Most crystal flora are immobile. One exception is the small line of crystals that lived in the tundra, they pumped antifreeze into various spikes on their bodies to weigh down one side and use gravity to slowly roll from one place to another. 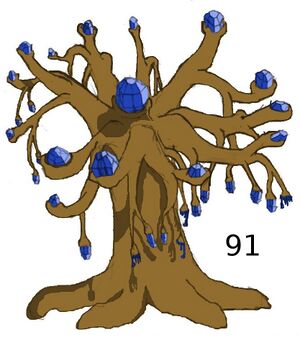 Crystal flora reproduce by spores. The spores have 3 stages.The first stage involve individual cells called proto-spores combing with each other to make the second stage spore. The second stage the separate micro spores that makes up the symbiotic organism. The third stage being when they combined creating a lager macro spore that will then after rooting in self grow in to the full size Crystal flora.

One type of crystal flora, the crystal trees, pack their spores in "fruits" to be eaten by herbivores.

Crystal flora have limited sense. Simple heat and light detecting sense have evolved but nothing beyond what Earth plants possess. Having no central nerve system the the crystal flora have no need for complex senses. 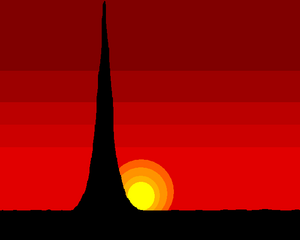 Crystal Solar Tower was the tallest organism ever to live on Sagan 4.

The largest of the crystal flora is the Crystal Solar Tower. It grew up to be 1,000 meters (3,000 feet) tall. It was the largest organism existing on Sagan IV.

Retrieved from "https://sagan4alpha.miraheze.org/w/index.php?title=Crystal_Flora&oldid=74012"
Categories:
Cookies help us deliver our services. By using our services, you agree to our use of cookies.